← Diamonds on the Plane
Lenses and God’s Working →

Windows to the Soul 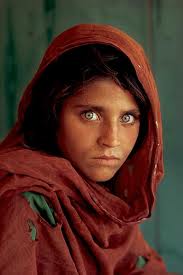 I was sitting at Rosas’s Cafe the other day for “Taco Tuesday” with my son and found myself looking into the window.  The reflection was a bit distorted due to the tension in the glass.  Yet, when I looked at things directly, I could see them clearly for who or what they were – without distortion.  It made me realize that in life, everything we see is seen through a lens, and that lens distorts everything we see – maybe a little, maybe a lot.  The lens is our belief system.  Our belief systems filter EVERYTHING we see, and eventually can lead us to do really good things, or really stupid things.  They can bring us a lot of joy, or a lot of sadness.  They draw us close to God, or push us away from Him.  We would like to think that our great and powerful “intellect” makes us believe – or not – in God.  Truth is, it is an emotional thing, a belief thing.  In all of the atheists I have ever met, every one is angry at God, or angry at Christians, or at the church.  And in their great “intellectual capacity” they deduce that since they had a bad experience with Joe, who claims to be a Christian, then God must not exist.  Do you see the logic (or lack thereof) in that statement?  It is like saying, “well, I have had a really bad experience with Interstate 35.  In fact I hit a large pothole doing 65!  Therefore it must be true that the entity which made I-35 must not really exist.  It is clear that it just evolved.  Because surely, if the entity DID exist, they would have FIXED that stupid road.”  I know, clearly an unreal example – entirely made up!  🙂

Powerful little thing these beliefs are.  I knew a guy one time who believed his life was no longer able to be lived.  So he believed he had to self-terminate.  And he did.  Do you think our lenses are powerful?  What about the woman who was convinced she could swim the English Channel?  She trained, and even had a boat that accompanied her on her swim in case anything bad happened.  As she got within two or three miles of the other side of the Channel, a dense fog set in, and made it very difficult to see clearly.  As she swam, she had the distinct impression she was swimming in circles. She was nearly out of energy, and felt lost and directionless.  She panicked.  With her last little remaining effort, she climbed inside of the boat, feeling defeated.  Little did she know that the shore was only a few hundred yards away – her final destination.  What a waste to know she was THAT close when she made her choice – but she believed she was not going to make it – therefore she didn’t!  A year later, she tried again, and like before, a fog bank set in, but this time, she kept to her course – having learned from her prior experience – and made it to her goal.  She believed – in spite of the circumstances – having learned from a prior belief that proved wrong.  And she made it to her goal!  Beliefs are indeed powerful things!

Here is what is really ironic.  Ever had something fly at or close to your eye?  Did you experience a “jerking” reflex to protect your eye?  I’ll bet you reacted very swiftly and effectively to protect your eyes.  We do that with our vision.  It is one of the most important things we have.   We have a built-in reflex to protect our vision.  Same is true spiritually – we naturally protect the way we see things.  Here is where it gets dangerous and life altering:  Our beliefs about God are formed by our life experiences before we can really even reason formally.  So you have gone to church all your life, or perhaps you are not a church goer.  Here is my question:  Has biblical Christianity really formed your worldview – your belief system – your lens?  Or is your belief system a result of your life experiences and emotions, the lenses by which you filter everything else?  Life is hard, but God is good, and your beliefs will be formed by the hard life, or the GOod God – your choice.  Like the lady who learned not to give up when the fog rolled in.

Does God do miracles?  Is God intricately involved in every detail of our lives?  That depends on your lens.  Is God aloof?  IS God angry at you?  Does He love you?  Or does He just put up with you?  What does God say about His love?

Deuteronomy 7:8 – It is because the Lord loves you and is keeping the oath that he swore to your fathers, that the Lord has brought you out with a mighty hand and redeemed you from the house of slavery, from the hand of Pharaoh king of Egypt.

Deuteronomy 10:15 – Yet the Lord set his heart in love on your fathers and chose their offspring [you!] after them, you above all peoples, as you are this day.

Romans 11:29 – For the gifts and the calling of God are irrevocable [that means nothing you could ever do could EVER change that!].  For just as you were at one time disobedient to God but now have received mercy because of their disobedience,  so they too have now been disobedient in order that by the mercy shown to you they also may now receive mercy.  For God has consigned all to disobedience, that he may have mercy on all.  [Awesome passage!  God WANTS to show mercy to all!]

The other day I was driving down I-35 and was going around a curve on one of those high ramps.  I caught a powerful sight:  The traffic barriers lining the high curve had all kinds of tire marks on them from people who were actually were going to go straight when in fact they were indeed on a curve!   That meant that while reality said there was curve in the road, some people failed to see it soon enough – their lens was wrong, or perhaps clouded by poor judgement or alcohol.  We do that in life sometimes.  Life will often contain a “curve ahead” yet we continue to plow straight ahead, and hit a barrier.  Our beliefs often differ from reality, and it is NOT our belief that wins out I am afraid!  We need to correct our vision then our beliefs.  The ones given by the world are very ineffectual.  The beliefs in God’s Word are very powerful, but some assembly is required to put them all together!  Do you know which beliefs are biblical and which are just experiential? 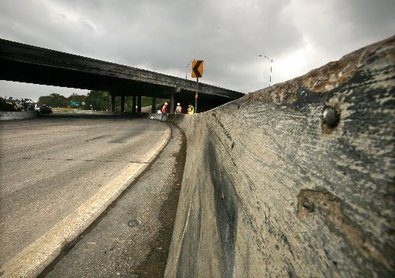 “Do not be conformed to this world, but be transformed by he renewal of your mind, that by testing you may discern what is the will of God, what is good and acceptable and perfect.”

Don’t put on the world’s lens, but let God’s word renew your lens because in doing to we get to figure out what God’s will is.  It says it right there in black and white (or whatever color your lenses see!) that His will is good.  He plans are acceptable.  Let this passage about Jesus affect your lens:

“He is the radiance of the glory of God and the exact imprint of his nature, and he upholds the universe by the word of his power. After making purification for sins, he sat down at the right hand of the Majesty on high…” Hebrews 1:3

Want to know God?  Look at Jesus.  Jesus never abandoned his disciples, though they abandoned Him.  Jesus healed EVERY body who came to Him, though very few actually came to Him.  He made some promises to us also, though few of them are actually known by people:

He will send a Comforter (not the cloth kind!).  He has already overcome the world.  He will never leave us nor forsake us.  His burden is light.  His truth WILL set us free.  He calls us his friend.  No one can snatch us out of His hand.  And how about this one:

“Truly, truly, I say to you, whoever believes in me will also do the works that I do; and greater works than these will he do, because I am going to the Father.  Whatever you ask in my name, this I will do, that the Father may be glorified in the Son.  If you ask me anything in my name, I will do it…” John 14:12-13

He meant it when He said it!  Get to know Him really good – and watch your prayer life be transformed.  It is not about getting answers, it is about asking the right things.  Watch God start to move across your life and the lives of those near you.  Find a prayer partner you can pray with often.  Watch your lenses be cleared up and corrected.  Watch your soul be transformed!

Have a blessed day!

Posted on August 25, 2011, in Eyes and tagged Eyes. Bookmark the permalink. 2 Comments.

← Diamonds on the Plane
Lenses and God’s Working →