Try this:  Have a friend who does not know Jesus write down the first 5 words they think of when they think of the name “Jesus.”  What image do they have?  Is it a false Christ?

At that time if anyone says to you, ‘Look, here is the Christ!’ or, ‘There he is!’ do not believe it. 24 For false Christs and false prophets will appear and perform great signs and miracles to deceive even the elect–if that were possible.
Matthew 24:23-24

This passage is not necessarily about prophecy.  To me, it is about spiritual abuse and wrong teaching.  It is our shepherd teaching us about “stranger danger.”  Ironically, the words “Beware of false Christs” were said by the actual Christ.  Why would He say such a thing?  Because, as the apostle Paul said in 2 Corinthians 2:11

“…in order that Satan might not outwit us. For we are not unaware of his schemes.”
2 Corinthians 2:11

Schemes?  What schemes?  Well, much like those crazy mirrors in the “house of mirrors” at most carnivals that are designed to make us appear differently – stretch us, shrink us, make us really fat, skinny, and just plain out-of-proportion…Satan tries to do that with peoples’ image of Jesus.  And one of the best ways he does that?  In unhealthy churches.  Peace, be still – I am not going rebel on you!  I am not saying “Don’t go to church!”  I am saying to go to a good church!  A church that preaches the real Jesus of the Bible, not the Jesus of other peoples’ bad experiences with life.  Just because the speaker is angry, does not mean Jesus is!

When Jesus first began to reveal Himself to you, what was He like?  I can tell you how He FIRST introduced Himself to you because He tells us how He did:

The LORD appeared to us in the past, saying: “I have loved you with an everlasting love; I have drawn you with loving-kindness.”  –Jeremiah 31:3

Let me tell you a cool story I recently witnessed.  Majed El Shafie was a Muslim born in Cairo Egypt.  He was a very rigid man brought up in the custom of Islam and all of its rules and harshness.  He was very well set to rise into the power brokers of Islam with an uncle sitting on the Egyptian Supreme Court, and another uncle sitting as Vice President.  He had a childhood friend born in the same hospital as he, raised in the same neighborhood as he, and attended the same school as he.  They were best friends.  One major difference:  His friend was a Christian.  But Majed never stopped to focus on that.  They were just friends.  They grew up together, laughed together, played practical jokes together, were normal together.  As he grew older he began to notice that people made fun of his friend – Tamir, and were even mean to him.  In college Majed was studying law and had always been curious why Christians were persecuted.  Though his friend Tamir was a Christian, and Majed did not sense any strange things about him – no third eye, no protuding horn, etc.  He wondered what was so bad about them that Islam hated them such, so he asked his best (and Christian) friend.  Tamir gave Majed a book that he said would answer all of Majed’s questions – a Bible.

Truly seeking answers, Majed flipped the book open – you know, one of those “random” opens where nobody knows where it will land.  Of all the places in the Bible where it could open, the Lord made sure it opened to John chapter 8.  The first story ever read by Majed, and the first experience Majed ever had with Jesus was when He encountered the woman caught in the act of adultery.

Majed was spellbound.  He knew rules and laws.  He knew exactly what would happen in Egypt if this were to happen! As he read the passage, he identified with the religious leaders as they waited for judgment to be passed, and the immediate execution of this infidel.  But it didn’t happen!  Majed was shocked by the response of Jesus.  Compassion.  Wisdom.  What sticks out in Majed’s mind is that Jesus told the anxious crowd of religious leaders who were ready to murder, “Let he who is without sin cast the first stone…” Majed automatically knew that there was only one person in that crowd who was without sin – and He was not casting any stones. 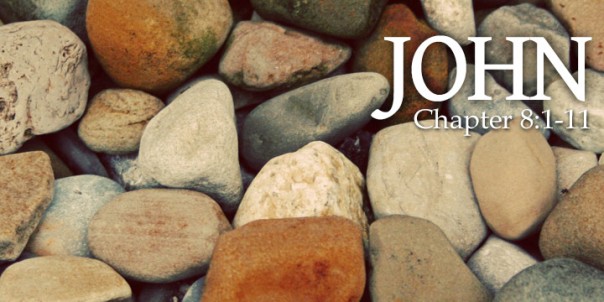 Equally interesting to Majed was the lack of preaching, discipline, or threats by Jesus. He did not force her into slavery, or servitude. No beating (The Koran, in Surah 4:34 says husbands are to beat their wives if they even fear disobedience) No manipulation.  In fact, what Jesus said only takes up a line or two in a Bible,

“Neither do I condemn you.”

Wow.  The last thing Jesus told her was

Of all the ways Jesus would choose to reveal Himself to Majed, it was with that story.  Grace.  Love.  Mercy.  Wisdom.  Peace.  Protection.  Truth.  Forgiveness.

Think about just SOME of the Bible’s names for Jesus found in Isaiah 9:6 – this is OLD TESTAMENT!  You know this passage!  It is the old “For unto us a child is born.  Unto us a Son is given…

And he will be called

7 Of the increase of his government and peace there will be no end. Isaiah 9:6-7

Of the things that God tells us to sing about in the Old Testament, we are told one of them is His love:

I will sing of your love; for you are my fortress, my refuge in times of trouble. Psalm 59:16

I will sing of the LORD’s great love forever; with my mouth I will make your faithfulness known through all generations.  Psalm 89:1

It’s kind of a big thing.  Apparently, it is important to Jesus that we know He loves us.  If we are representing anything other than the graceful, loving, merciful, and forgiving Jesus, then we are perpetrating a false Christ, and Jesus tells others to stay away from us!

I think I know what some of you are thinking – “What about when He disciplines us?  He’s kinda mean THEN isn’t he??”  Let’s let the same Bible tell us about God’s discipline:

“The Lord disciplines those he loves, and he punishes everyone he accepts as a son.” 7 Endure hardship as discipline; God is treating you as sons. For what son is not disciplined by his father?
Hebrews 12:6-7

The words discipline and love are so close to each other in that sentence they are nearly right next to each other!  His love never goes away – even when He is developing us, and teaching us!  Even when we have messed up!

Rest in the arms of a loving, graceful, merciful, and “in-loving-pursuit-of-you” Jesus!  Ask Him to reveal His true self to you.  He is faithful!